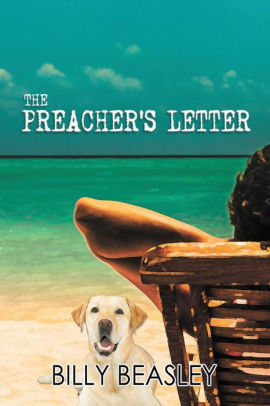 Troy Dawkins is a middle aged kid trying to figure out life. He lives a solidarity life with his dog, Max, working as a bouncer at a bar in Carolina Beach, North Carolina. He’s a man with secrets in his past, who keeps most people an arm’s length away. At the insistence of his mother, he attends church one Sunday where he hears the new minister give a message that he finds disturbing and lacking of grace. While many in the congregation love their new pastor, Troy suspects something is wrong. Writing to the new minister, he receives a reply that is so upsetting to Troy that he barges in to his office and confronts the minister to his face. By the end of the book, the minister is knocked off his pedestal and Troy has a new love interest. And it’s Christmas.

While my short summary of the book may sound corny, as if it could be a script for a Hallmark Christmas movie, Billy Beasley is a talented storyteller. As the story unfolds, we learn more about Troy’s past and how a freak college injury kept him from playing professional baseball. And also we learn about a woman he once loved and the tragedy around her death. We also learn about the angels who look over Troy: David, from a former pastor, and Mabry, his college English professor who owns, with her husband, the bar where Troy works. Tory also befriends Suzanne (or she befriends him), who is the wife of the minister, and Stacey, a rising star in the world of Christian music. Billy weaves everyone’s story into the book, along with some real life places on Carolina Beach such as Britts Donuts (if you ever had one of their donuts, you’ll never forget it) and Snows Cut Bridge. The story is filled with wonderful descriptions of coastal North Carolina.

My main critique of Billy’s story is that the two main characters are presented as good and evil. The preacher, Alan Matthews, appears one-dimensional. He’s almost Puritanical in his lifestyle, although we learn late in the book that things are not always as they seem. Alan has an over-sized ego that craves the spotlight. He wants to be seen as right. He likes his high salary. We get a hint that Matthews wasn’t always this way, from conversations he has with his wife, but at the time this story occurs, he appears to be uncaring and sinister. Standing opposite to the minister is Troy. While there are more dimensions to his character, he comes across as almost always doing the right thing. He mostly responds in a manner that is well thought out and considerate of others, traits that serve him well as a bouncer. While Troy is a likable character, few people are so good nor are few as sinister as Alan. Most of us live our lives somewhere between the two extremes.

This work of fiction addresses the trough question of what the church is to be about. Matthew’s puritanical views on sex and alcohol are contrasted with those of the former pastor, David, who lifts up a vision of a loving community caring for people. Readers who have suffered from the hands of churches that seem more concerned on behavior and appearances instead of loving and accepting people will find much hope in this book. Of course, on the opposite end, those who argue for the church to maintain strict purity standards may find their position challenged.

As a disclaimer, I have known Billy Beasley since the fourth grade. This is his second book and I have enjoyed both of them.

7 thoughts on “The Preacher’s Letter”