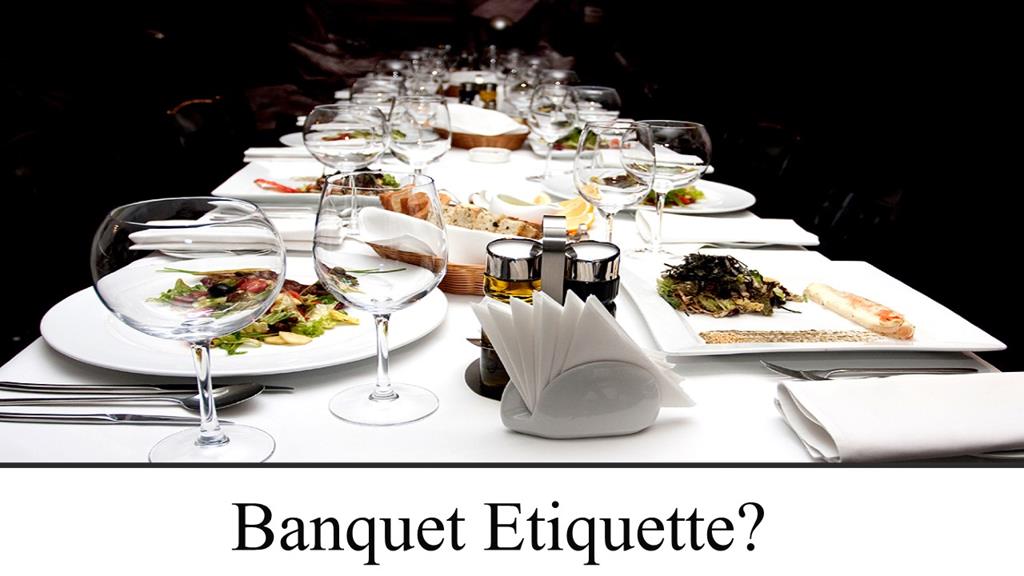 The fourteenth chapter of Luke’s gospel opens with Jesus attending a dinner party at the home of a leading Pharisee. It’s the Sabbath, so it’s a special gathering with food that had been prepared earlier. As the sun sets and the Sabbath begins, Jews put on their finest robes and light their best candles. The Sabbath is important; one Jewish scholar describes the whole week as a pilgrimage to the Sabbath which is a foretaste of the eternal Sabbath.[1] But, as we know, there was a lot of debate in Jesus’ day over the meaning and purpose of the Sabbath. Jesus taught that the Sabbath is created for us, not us for the Sabbath, as some taught.[2]

Luke creates tension by telling us in verse two that all the eyes are on Jesus. There’s a man suffering from dropsy, an illness swells the body with water. Today, it might be called “Congestive Heart Failure.[3] He’s right in front of Jesus. Is Jesus being set up? Jesus asks the gathered crowd if it’s right to cure on the Sabbath. He receives no answer, so he cures the man. The he justifies his actions by asking them if they would intervene if they had an ox or a child fall into a well on the Sabbath. The crowd remains quiet.

This dinner party must have been the quietest on record. Normally, as everyone gathers, people mingle around with cocktails and greet one another. There’s a lot of talking. People offer their opinions about the day’s ballgame or the hurricane offshore or the Treasury’s inverted yield curve. But that doesn’t seem to be the case here. Everyone is quiet, so Jesus takes the stage and teaches with a series of parables. Today, we’re going to look at the first parable. Read Luke 14:7-14. 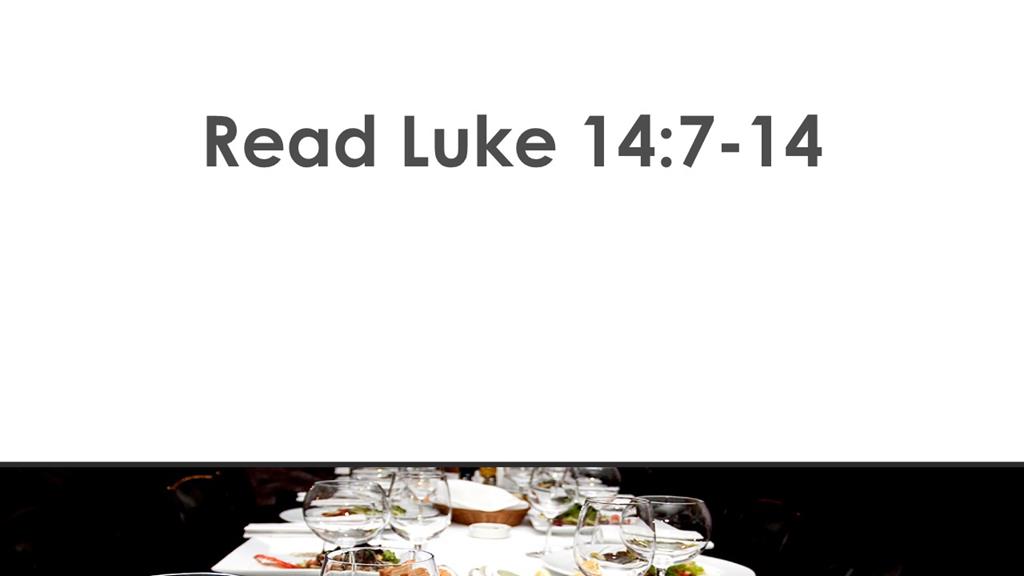 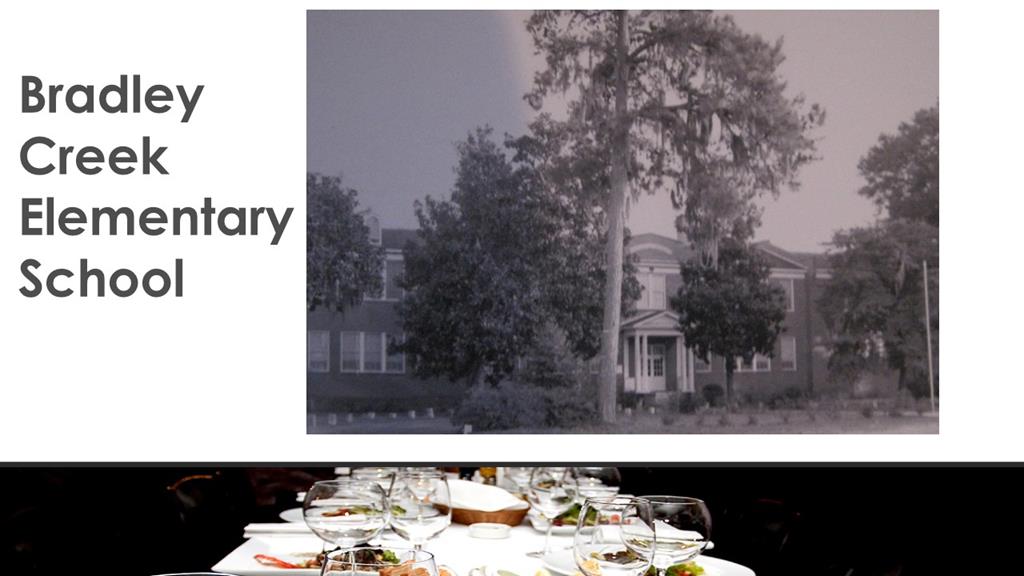 At the end of the sixth grade at Bradley Creek Elementary School, there was a graduation banquet. It was held in the evening, which made it special, and in the cafeteria, which wasn’t so special. I’m sure we had macaroni and cheese. We always had mac and cheese. There must have been a rule that you couldn’t open the cafeteria without mac and cheese. But this was a special meal, so maybe there was a slice of ham or a piece of chicken and a piece of cake that was larger than the one inch cubes they fed us at lunch.

While I don’t remember exactly what we ate, there’s another memory from that evening that haunted me for years. I assumed our parents were invited to this banquet. I encouraged my parents to come. I am not sure where I got this idea, for there no other parents there. I’m not even sure why I thought it would be a big treat for my parents to eat cafeteria food. I was embarrassed, even though they graciously slipped out. Instead of eating cafeteria mac and cheese, they went to Wrightsville Beach for a seafood dinner.

Knowing the feeling of having invited someone who wasn’t invited, I understand some of what Jesus is driving at in this passage. Don’t make assumptions. It’s always better to be called up to the head table, than to be told you need to go to the back of the room. It’s simple banquet etiquette. 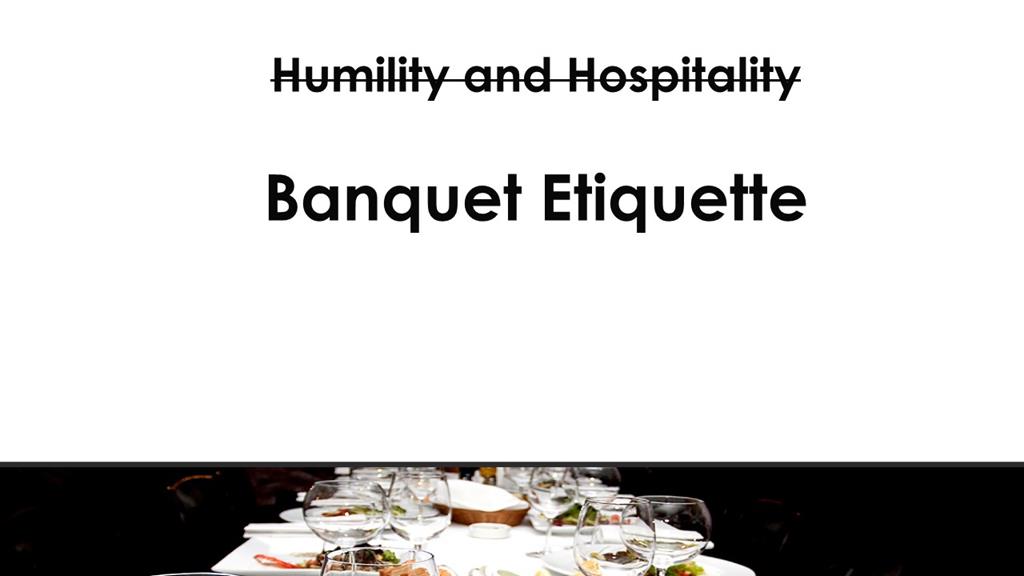 In the bulletin, I titled this sermon “Humility and Hospitality.” The problem with coming up with a title a few weeks before writing a sermon is that you often have no idea where the sermon is heading. I later decided that a better title might be Banquet Etiquette. But as I continued to study and ponder, I decided to put a question mark at the end. Yes, Jesus expects us to be humble and not pretentious. Such advice will also keep us from being in an embarrassing position. Yes, on the surface, this is about etiquette. But is this what Jesus is driving? Is this Jesus’ attempt to be the Emily Post of the first century? Or is there a deeper message here? 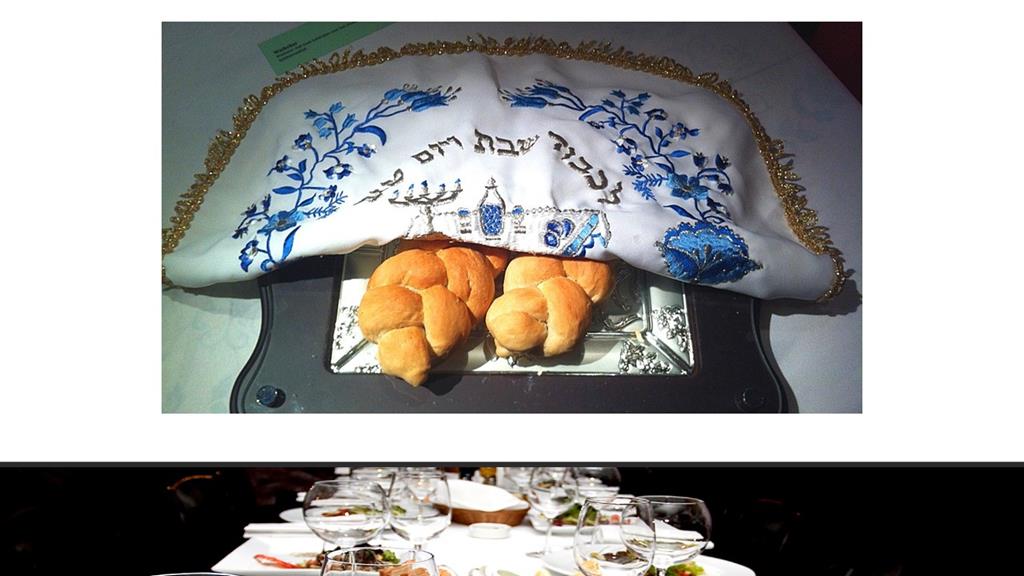 Remember what I said about the Sabbath, before reading this passage? That it was a foretaste of the eternal kingdom. And this section of Luke’s gospel is filled with parables that focus on the kingdom.[4] Parables generally operate on more than one level. They often, as Ken Bailey describes in his work on parables, contain a “play within a play.”[5] Each level has a different meaning. While the obvious meaning of our text today is about being humble and not pretentious, the deeper meaning of the parable has to do with God’s kingdom. What is Jesus envisioning here? 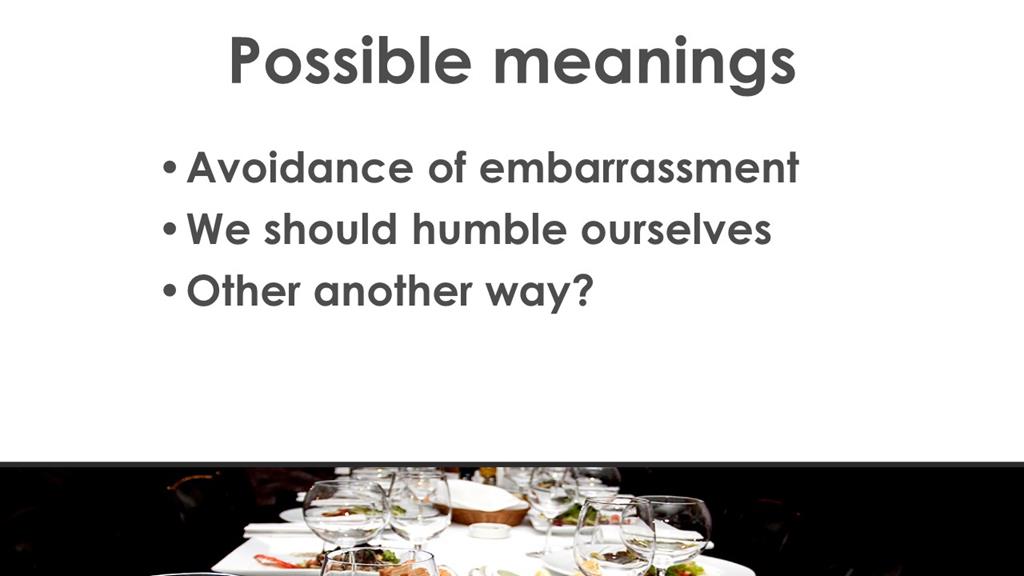 The surface meaning may have to do with avoiding embarrassment. A deeper meaning might be that we should humble ourselves. One of the challenges that Jesus had was his disciples wanting to grab key positions in the coming kingdom.[6] Two of the dudes when so far as to ask their mom to intervene with Jesus on their behalf.[7] This is a deeper meaning of the parable. Don’t get caught up in all the fuss over where you’re going to be seated at the heavenly banquet (or even an earthly ones). 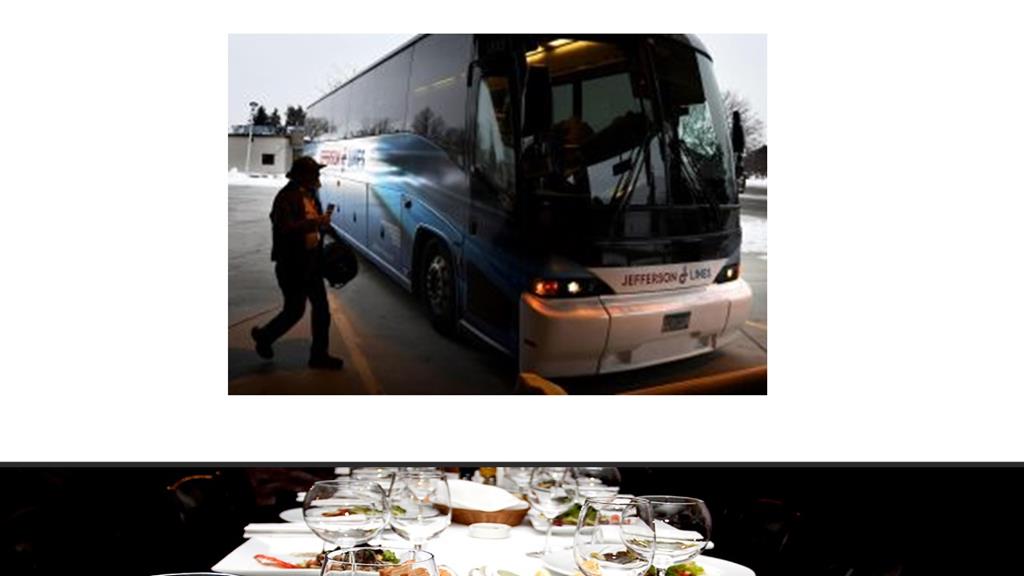 But there is another way to look at this parable, which I had not considered until I read a blog post by a pastor in Iowa earlier this week.[8] He found himself needing to get to Minnesota where his wife was at with one of their cars that he needed to drive back to Iowa. He took the bus, which meant leaving Des Moines at 5 AM. Taking a bus can be an experience as most of the people on the bus are not like us. We drive or fly. I know what he means by taking a bus because 25 years ago, Donna and I had taken the train out west. It was a summer with a lot of floods and since train tracks are often right by rivers, they were flooded. Coming back, we ended up being on a bus for part of our journey. On this trip, from Iowa to Minnesota, the blogger realized the blessings that can come for being among those who were not like him—those with darker skin, many of whom spoke Spanish. Blessings can be experienced even when sitting at the back of any banquet. 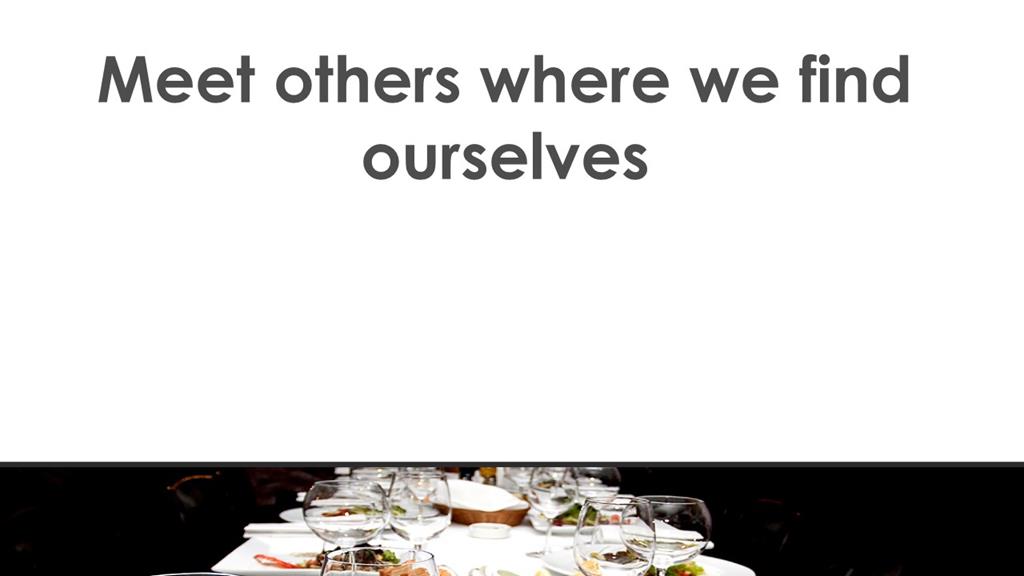 Instead of Jesus wanting us to show humility in the hopes that we might be called up to the head table (as you could read this passage), maybe Jesus is telling us to meet others where we find ourselves. Show hospitality to those less fortunate. If our only goal was to sit at the head table, we could easily display false humility to gain such a blessing. [9] Image a Monty Python skit where everyone is trying to outdo one another in humility in order to be seen as most humble just so they could be exalted. 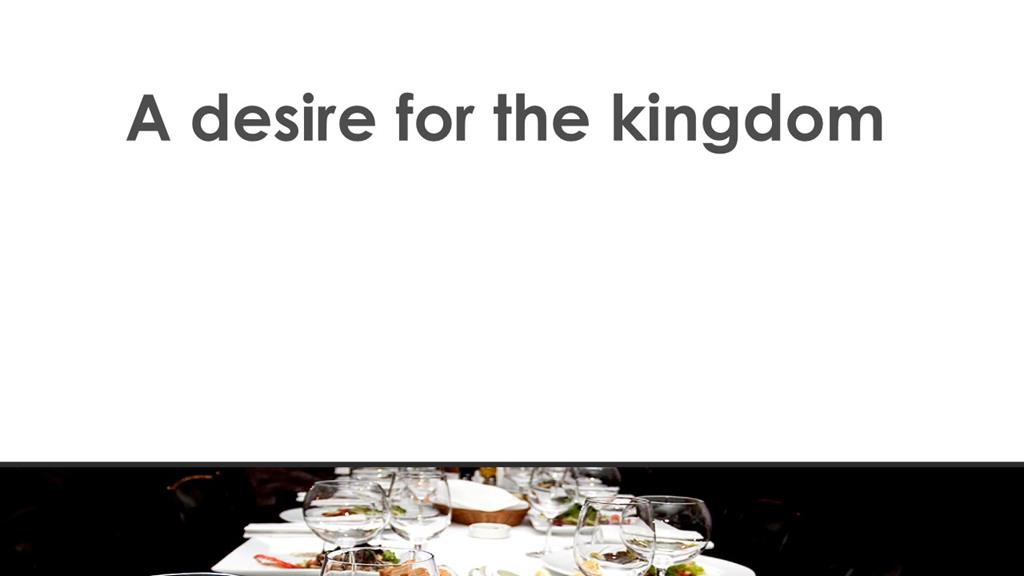 But Jesus wants us to long for the kingdom, which isn’t going to be made up of exclusively of those who look, and act like us. Jesus’ vision is for a world where believers cherish their friendship and fellowship with all people. It’s about us showing goodness to those who have no way to repay us for what we can do for them. Ponder what this kind of world might look like. 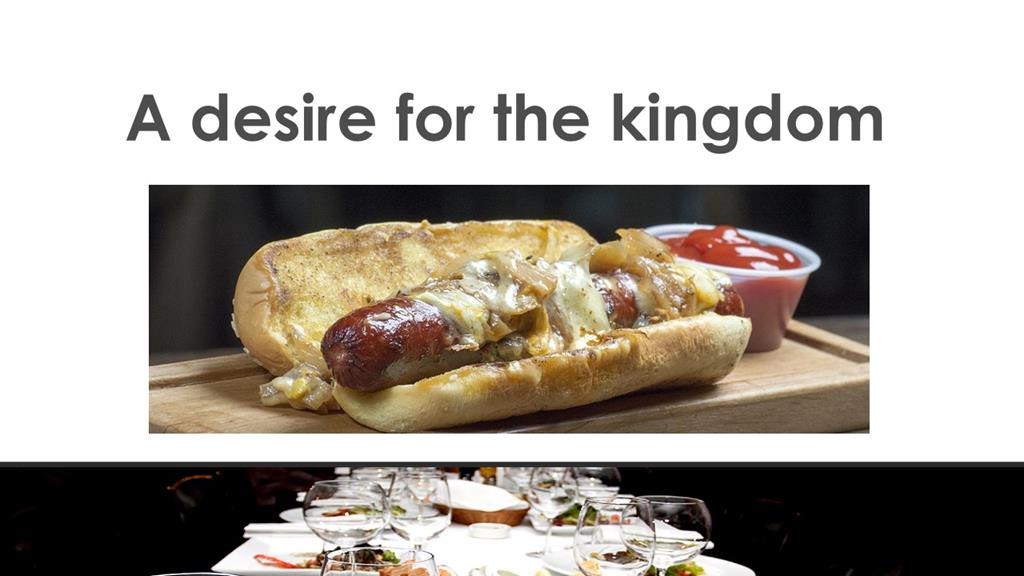 You know, none of us know what this week will bring as Dorian churns up the waters. When Hurricane Matthew hit in 2016, I spent a few days in Dublin, GA. There’s a great hot dog shop there, not far from the courthouse, where I found myself drawn at lunchtime. There were the regulars, but there was also those of us in exile: from Savannah, from Hilton Head, from Brunswick and Saint Simons. The place was packed. Friendships were made as we were forced to share tables. Stories were told of shared experiences such as being in gridlock on the highway. There was a lot laughter. I image that’s how the kingdom will be. So, if we evacuate this week, and you find yourself in a strange land for a few days, don’t see it as a burden. Instead, take it as an opportunity to sample the kingdom. That’s what Jesus would have you do. Let us pray:

God of the wind and waves, the earth and the sky, we know of Jesus calming the storm. Calm our hearts as Dorian approaches and keep us safe. We pray for the people in the northern Bahamas, who are experiencing the worst of a natural disaster. Be with them, and with us. Where ever we find ourselves, whether we are at the head table or in the back corner, help us to be the people who show kindness. Amen.

[4] In Luke 13, Jesus tells two parables of the kingdom (verses 18-19: Parable of the Mustard Seed, and verses 20-21, Parable of the Yeast). After this parable, he tells another parable of the great banquet, which is also about God’s coming kingdom.

[9] See Fred B. Craddock, Luke (Louisville, KY: JKP, 1990), 176-177.  Craddock reminds his readers that the word in the New Testament that’s translated as hospitality literally means “love of a stranger.” Hospitality isn’t just rolling out the red carpet for important guests but welcoming those who may be on the margin.