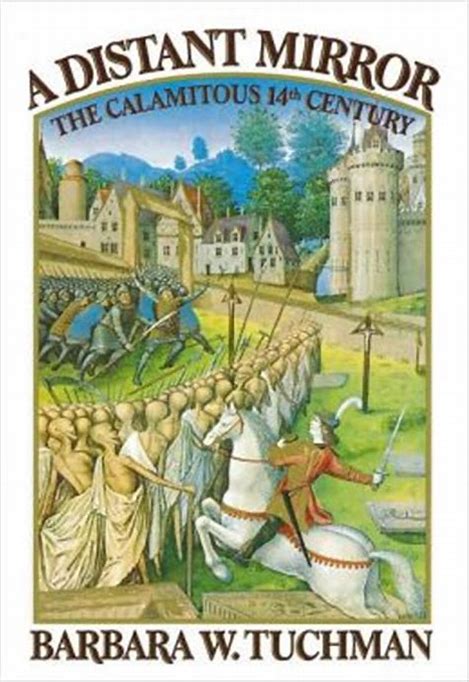 Barbara Tuchman, A Distant Mirror: The Calamitous 14th Century (New York: Knopf, 1978), 720 pages including notes and index.  Some plates of photos and artwork.

The world, or at least Western Europe, seemed to be coming apart in the 1300s. England and France was involved in a 100-year war.  Whenever they took a break in fighting, it was time to attack (crusade) the Muslin invaders who had invaded parts of Europe or Muslin pirates hindering shipping along the African coast. The Black Death kept reappearing. The nobles and noble want-a-be’s wore fashionable shoes, pointed and curly ends, that were condemned by the church. In England, the followers of Wycliffe provided a precursor to the Protestant Reformation (which would be another 2 centuries in the future). During this century, the population of Europe fell, mostly due to plague, but also from war. This had a dramatic impact on the economy.  Without people to work the fields, forest took over farmland. Taxes to finance wars and to keep the nobility in luxury became a burden to everyone, especially to the lower class who paid a much higher rate of taxes than those with affluence. The Roman Catholic Church split. With both an Italian and a French pope, who excommunicated each other, people worried about their salvation (which was seen as coming through the Church) for no one knew which church was the right one.  A lot happened in the 14th Century as Barbara Tuchman skillfully tells in this mammoth work. But, when you think of all that happened, it’s amazed that she can touch on so much of the events in 700 pages.

This was the age of the knights, although these warriors weren’t nearly as noble as we’re led to believe. Knights with their heavy armor, fighting it out on a battlefield, was the ultimate. When the English began to use commoners and arming them with longbows, it was seen by the French (who mostly was on the losing side of battles) as denying the knights their glory. It was also a shift in power, lifting commoners while demoting the power of the nobility. Instead of revising their tactics, the French started using heavier armor to protect them from arrows and made them even less mobile.

The key figure in this book is Sire de Coucy, a man who appeared to be almost as large as his huge fortified castle in Picardy. Coucy seemed to dominate all the great events of the second half of the century. Although he was not the king of France, he held more power and controlled more wealth. He was involved in many of the great battles and, at a time where military judgment was not a defining characteristic of the armies of France, he was one of their successful military leaders. During the last crusade, he was captured by the Turks and died in prison, awaiting ransom. Ransom was a part of war back then, as nobles were “sold” back to the country from which they came. Coucy had a modern vision of war that most of his French contemporaries refused to see.

This book reads well, but there are just too many names and dates and events to keep everything straight. Nonetheless, I enjoyed it and learned a lot about life in the premodern world. 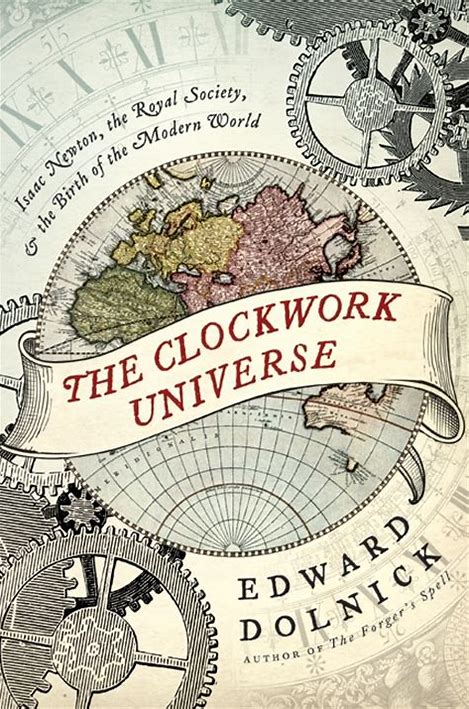 Edward Dolnick, A Clockwork Universe: Isaac Newton, the Royal Society and the Birth of the Modern World, 2012 (Audible 10 hours and 4 minutes).

I am not a math person, but I found myself listening to this book and wishing I could go back and study math once more. But then, Dolrick notes that most great mathematic discoveries are discovered by younger geniuses (especially before 25), so I realized that my math ship has sailed. Nevertheless, I enjoyed this book immensely. The mid-17th Century was a time of change as the world was moving into the modern area. But as exciting of a time it was for a few intellectuals, for most people it was a dreadful age. Filth and disease abound, as cities did not yet have sewers or safe drinking water. London, the location in which much of the book occurs, was ravaged by fire and famine. But there, within the Royal Society of Science, men began to ask questions and ponder new solutions. Some, at least to my mind, were crazy, but this drive to know more about God’s creation (and most of these men were religious) led to breakthroughs in mathematics and science, especially in the understanding of space. Calculus became the language for much of this understanding and the two men most responsible were Isaac Newton and Gottfried Leibniz—a Brit and German. The two appeared to have discovered it independently, but both insisted they were first. In the end, Newton had the best PR, but Leibniz wasn’t forgotten and was resurrected more recently as his binary system predated the development of the computer by three centuries.

This book has a lot in it. We meet many of the great men of the era who pushed math and science beyond the ancient Greek thinkers: Descartes, Kepler, Galileo, and Haley (who, in addition to discovering and predicting a comet’s path was the catalyst behind Newton publishing his thoughts). But the two main characters are Newton and Leibniz, who both admired and were jealous of the other. Their relationship forms a tension that holds the book together. 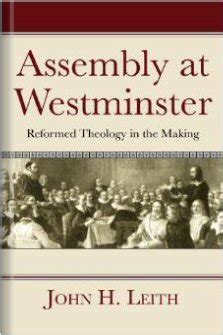 I first read the Westminster Confession of Faith as a high school student and have studied much of it throughout my adult life, but I have never read any detailed account of the assembly of “Westminster Divines” who wrote the work. In this short work, the late John Leith provides the background and the setting for the Assembly. The authors of the confession were living on the edge of the modern world, yet they had been raised in the medieval world. The politics of what was going on in England during the Puritan era, as well as what was happening on the continent played a great role in both the writing and influence of this work. After the restoration of the crown in England in 1660, the Confession would no longer play a role in English society, but due to the number of Scottish members of the Assembly, the confession would be adopted in Scotland and become the main confessional document for Presbyterians around the world. In this book, Leith covers the make-up of the Assembly, the political and theological context in which they worked, how they went about their tasks, the nature of confessions, and the key doctrines of the Westminster Confession. He also discusses the limits and fallibility of confessions. This is a good starting point for learning more about Westminster.

7 thoughts on “Looking way back: 3 Reviews of History Books”