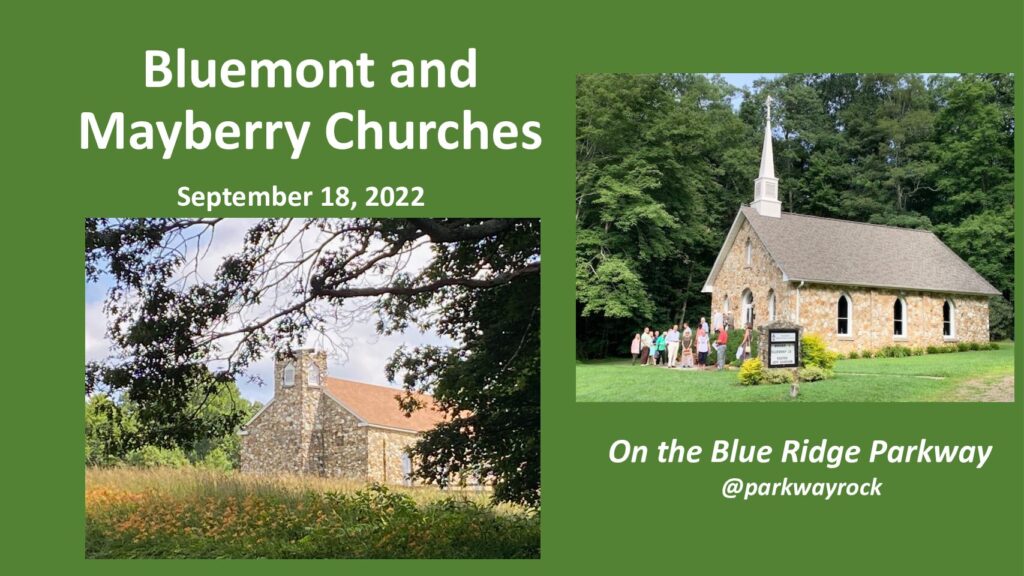 At the beginning of worship

Why do we tell our stories? What purpose do they serve?

Well, they can be entertaining, which is important. I like to laugh. It’s good for the soul.

But there are more important purposes to our stories. I have heard about the early days of Mayberry Church, when one of the jobs of the handful of boys in the community was to get up early on Sunday mornings and head down to the church to light the fire in the old potbelly stove. I’m sure at the time, the boys didn’t think much of their assignments. But it made enough of an impression that it’s still told long after their deaths and the church converted to central heat and air.

The late William Zinsser, a dean of creative writing, says this about writing on places and institutions, be it a school, church, business, or so forth.

Institutions and places have no life of their own. You must bring them to life with men and women and children… Look for the human connection as you make your journey. Connect us to the people who connected with you.[1]

Stories help us understand and to connect with one another. It is through our stories, especially if we approach them truthfully and with eyes of faith, that we see God working in our lives. Stories help us come to faith. They can also help us share our faith.

Before reading the scriptures

Early this year I preached through Paul’s letter to the Galatians, but I left out a part.[2] You’ve probably forgotten, but as we began working through the letter, I told you I wanted to come back and catch up on the part I skipped. This section straddles the end of the first and beginning of the second chapters of the letter.

If you remember back to those sermons on this letter, Paul was concerned about what was going on within the church there in Asia Minor, a part of the world now a part of the country of Turkey.  In Galatia, Paul has become aware that some are leaving the church for a different gospel. This troubles Paul for he doesn’t know of any other gospel, at least not one that leads to eternal life. So, he writes this letter to encourage the Galatians to remain truth to the gospel of Jesus Christ.

After stating the problem in the Galatian church,[3] Paul sets out to establish his credentials. After all, what makes Paul so special? Why is he any more reliable than other preachers who suggest another way? Paul’s story, as we will see in this text, help him establish credibility.

What does it take to become a Minister of the Word and Sacrament, the official title of ordained clergy, within the Presbyterian Church?

First, there must be a calling from God. An individual may sense such a calling and be drawn toward ministry. For some of us, this process occurred over years. For others, it was a surprise. I know one minister who started out on a scientific track in college. His family didn’t attend church. He was unaware of Jesus. But after taking a required class in college, he became interested in the faith and ended up a Presbyterian minister.[4] This calling from God is quite personal and unique for every person.

For some unknown reason, even for me, I told Grandma I was going to be a Presbyterian minister when I was ten years old. I can still remember having that conversation on the deck of a beach house on Topsoil Island. As soon as it was out of my mouth, I wondered where that idea came from.

Almost two decades later, I found myself wrestling with the possibility of seminary. On a winter backpacking trip in the Smoky Mountains, I told God I’d go. It felt as if someone lifted my pack off my back. Later, as I questioned my plans for seminary, I heard a voice in dream saying I should go. Don’t ask me how, but I knew that voice to be God.

But it wasn’t just God who affirmed this call. There were others. Ministers with whom I’d known through my work with the Boy Scouts of America who encouraged me. Some were Presbyterian, but at least two other significant ones were Lutherans. Then there was the late Bob Ratchford, one of my pastors who, when I called him after that backpacking trip, asked why it had taken me so long to come to this decision. I was shocked as we had never discussed ministry before.

Several weeks ago, when I was at Montreat Presbyterian Conference Center, I ran into David McKee. He and Bob served as co-pastors of the church I was a member of at the time.  We spent an hour discussing my decision to go to seminary. What an affirming talk as I learned that he and Bob had discussed me going to seminary even before I made that call.

In the Presbyterian system, feeling that one has a call from God to become in a minister isn’t enough. One must have the support of the Session of a church and of the Presbytery. One must prepare through study. And finally, before ordination, one must have been confirmed to a call by a congregation that’ll have you as a minister.

There are a lot of checks and balances in the system. For you see, the call which comes from God needs to be confirmed by others. Even Paul mentions doing this in chapter 2, verse 2. Otherwise, we may deceive ourselves. As we know too well, people can have some crazy ideas about what God wants them to do. On the extreme, we end up with mass murder and suicide in places like Jonestown and the World Trade Center. If you think God wants you to do something, especially something outrageous, always check God’s Word and with others.

What we learn from today’s text

In today’s passage Paul attempts to do three thing things: He wants to convince the Galatians that he is an Apostle of Jesus Christ. He is concerned for church unity. Third, he illustrates the division of labor the Jerusalem Church has set up. Paul will reach out to the gentiles while others are assigned to carry on the church’s Jewish mission.

Let’s look at the three of these points. As for Paul’s Apostleship, Paul insists his call is from God, but he also goes into detail to show how his call has been confirmed by the “mother church” in Jerusalem. Paul has made two trips there. His details vary some with the story we have of Paul’s calling in Acts, which probably has more to do with what Paul is trying to do by telling his story.[5]

Paul wants the Galatians to know that he’s the real thing. Yes, his call comes from God, and no one can take that away from him. Yet, it’s still important for Paul to point out he has the support of the Jerusalem Church. They confirm his call to take the message to the Gentile world.

Instead of talking about the Damascus Road experience here, Paul just says that his call came directly from a revelation of Jesus Christ. This call changed Paul from a persecutor of the church to its biggest missionary. On the other hand, in Acts, we hear nothing of Paul’s journey into Arabia. This, I suggest, is a difference of perspective.

In Acts, Luke is more interested in telling Paul’s story in relationship to tell the story of the expanding missionary activity in Europe. Paul, on the other hand, attempts to establish with the Galatians a legitimacy for his teachings.

Second, Paul has a concern for church unity. While he sees his call from God and not Jerusalem, he still understands the importance of the church in Jerusalem. When they ask him for help with the poor, Paul goes all out. You see this especially in his second letter to the Corinthians.[6] He wants the gentile church to help the Jewish church in Jerusalem, a church 100s of miles away.

And finally, Paul sees the importance of a division of labor. Last week, if you remember, we heard Jesus talk about the harvest being reading and the workers being few. Paul is content to let Peter, James, and John reach out to the Jews while he and others such as Barnabas and Titus, reach out into the Gentile world. If the church is to be worldwide, it means different people will have different tasks. We all work for the same Lord, but each with a different focus. Together, our combined efforts make up the church.

How can we apply Paul’s letter to our lives? First, think about Paul who was so convinced that his persecution of the church was right and noble. But when he meets Christ, he’s changed. He still serves the same God, but now better understands God’s mission. God reaches beyond Paul’s myopic vision. Might we also have our eyes opened and see that what God is doing in the world. And might we want to answer God’s call to be a part of such a vision. Changing our mind when it comes to God work in the world is noble, as we see with Paul.

Second, we see the importance of unity despite the different focus when it comes to our ministry. One ministry is not superior to the other. All are important in helping to fulfill God’s plan. While we may be called to a different task within the kingdom, our calling is no better or worse than someone else’s call.

Third, despite our different focus, we’re to be concern for the poor. That was a uniting task in the first century and should remain a uniting task for the church today.

So, what story do you have to tell and how does it show God’s activity in your life?  Amen.

[4] Joseph Small told this story in a talk at a Theology Matters Conference in Hilton Head, SC in October 2021.