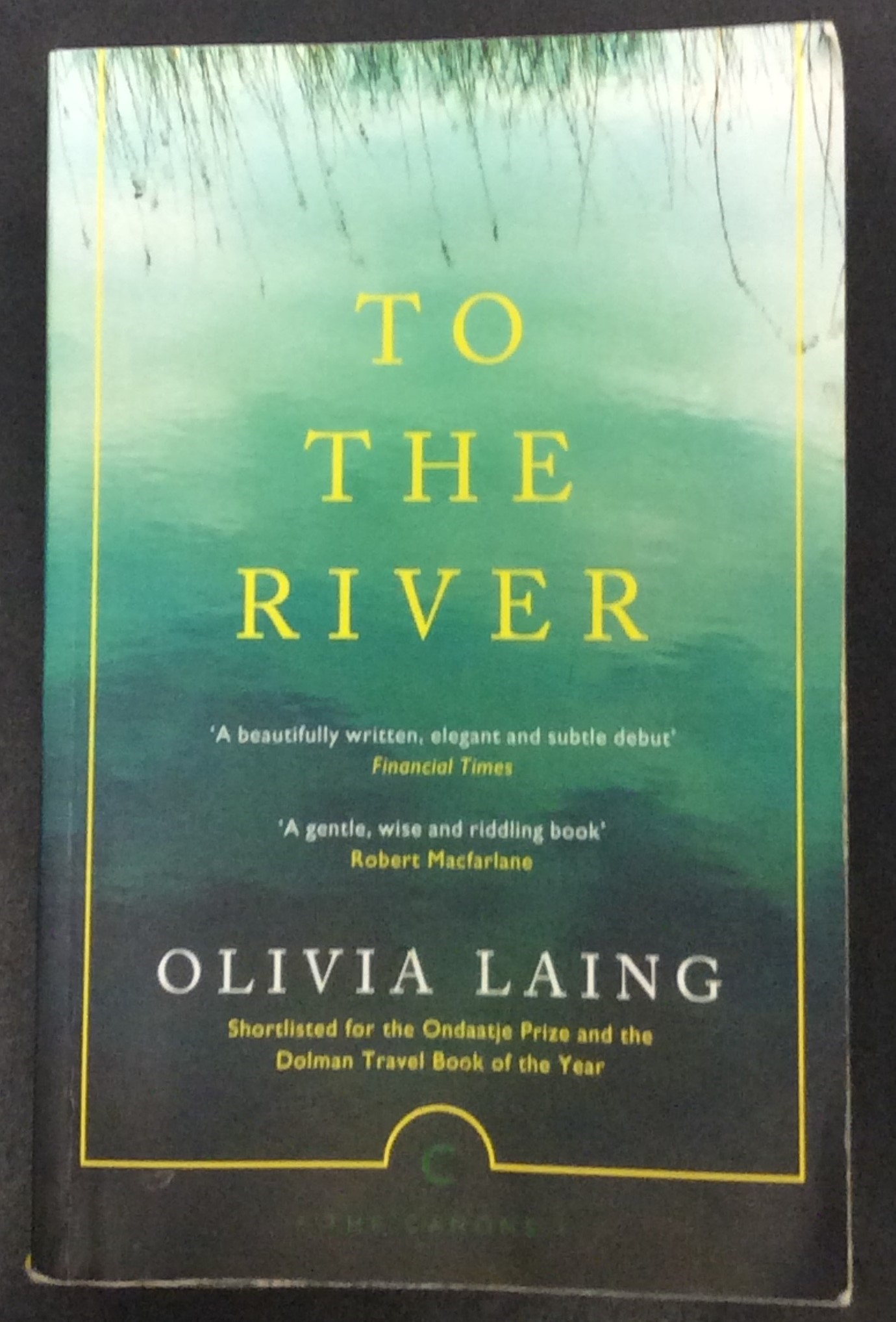 The first sentence of this book, “I am haunted by waters,” jumped out at me. I’d read it before. It’s the ending line of Norman MacLean’s novella A River Runs through It. I was shocked that she doesn’t list MacLean in her bibliography even though in a later chapter she links him with Hemingway with “swift trout.” (55). Even if she hasn’t read the book, she’s probably seen the movie. It took me a while to get over this neglect (or was she snubbing) of an American author. A second problem I had getting into this book is that I expected her to be traveling through York. After a while I googled and learned that Laing’s river is one of a number of rivers in Great Britain named Ouse. My lack of knowledge of British geography led to this confusion.

Laing sets out to walk the banks of the River Ouse in Sussex. It’s not a long river and in a roughly a week’s time she covers the river that has been altered extensively in history. The one black and white photo of the river in the book looks like an irrigation canal in the American West. Over time, the river has been straightened. Its outlet has also been altered as Britain’s, for centuries, tried to create a usable harbor at its mouth. Silting and the longshore current quickly blocked such harbors. However, this altered river has played a major role in English history. Under her waters, Virginia Woolf drown herself by pocketing stones in her dress to pull her under.  In the 13th Century, the Battle of Lewes was fought along its banks. At one time, it was thought to be a location of a fossil providing scientists a link in human evolution, but eventually the “find” was proved a forgery.

Laing walks the banks of the river, staying in old homes and lodges near its bank, musing about history and development, nature and literature, religion and archeology. Laing’s writings displays a depth of knowledge as she not only has an understanding of a battle in the 1200s, but expresses a horror that the bones of many of those who were buried in mass graves ended up in the fill used by those constructing railroads in the 1800s. She introduces her readers to authors such as John Bayley and his wife Iris Murdoch, who both swam in this river. Bayley wrote about his wife’s Alzheimer’s, which allows Laing to explore the role of memory. She’s been doing throughout her walk as she explores the “ghost” along the river. She does not limit her discussion of memory to humans as she also explores how sea trout move up fresh water rivers to spawn. Another author she explores Kenneth Grahame, allows her to explore the role of grief following the author’s son, who like Virginia Woolf, also committed suicide. In addition to modern authors, she also ties in stories of Greek gods along with older British author’s such as the Bebe and the author of the ancient Domesday Book, published shortly after the Norman Invasion. As she weaves other stories into her own, Virginia and Leonard Woolf are always a close by as a common thread that ties everything together.

The deeper I read into this book, the more I enjoyed Laing’s key insights into the world in which she was traveling. She glimpses birds and animals, observes the changing of the weather, and watches other people as she makes her way along the path. She also brings in her own history and relationships into the story. The Ouse, she confesses on the first page, is a river that she has returned to many times. Her historical understanding of all that has happened along the Ouse is refreshing and made me want to keep going. For a river that I knew nothing about, I am glad to have taken this journey and recommend it for others.

8 thoughts on “To the River”