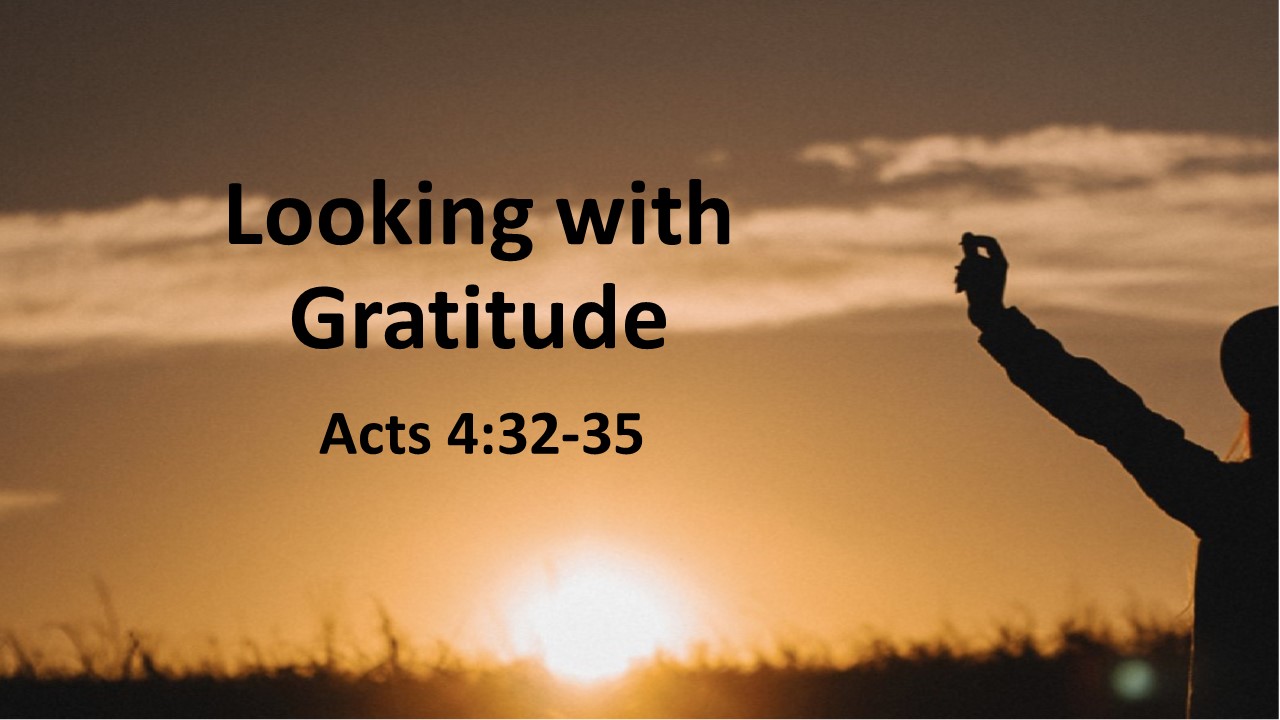 “The story of Jesus doesn’t end with Jesus,” Eugene Peterson writes in Christ Plays in Ten Thousand Places. The Christian story continues on in this community and in all communities where people gather to “repent, believe and follow.” Nor does “the supernatural doesn’t stop with Jesus. God’s salvation, which became articulate, visible, and particular in Jesus, continues to be articulate, and particular in the men and women who have been raised to new life in him, the community of the resurrection.”[1]

Ponder the implication of this for a moment. We are a part of a movement that began 20 centuries ago in an obscure part of the world. Christ is still alive, working in his church, whether it’s here on Skidaway Island or in some remote city in China or a hamlet in the savannahs of Africa. Today, the question for us to ponder is this: “what should this community look like?”

In my reading over the past few weeks in preparation for the stewardship campaign, I came across this indictment of the modern church in America: 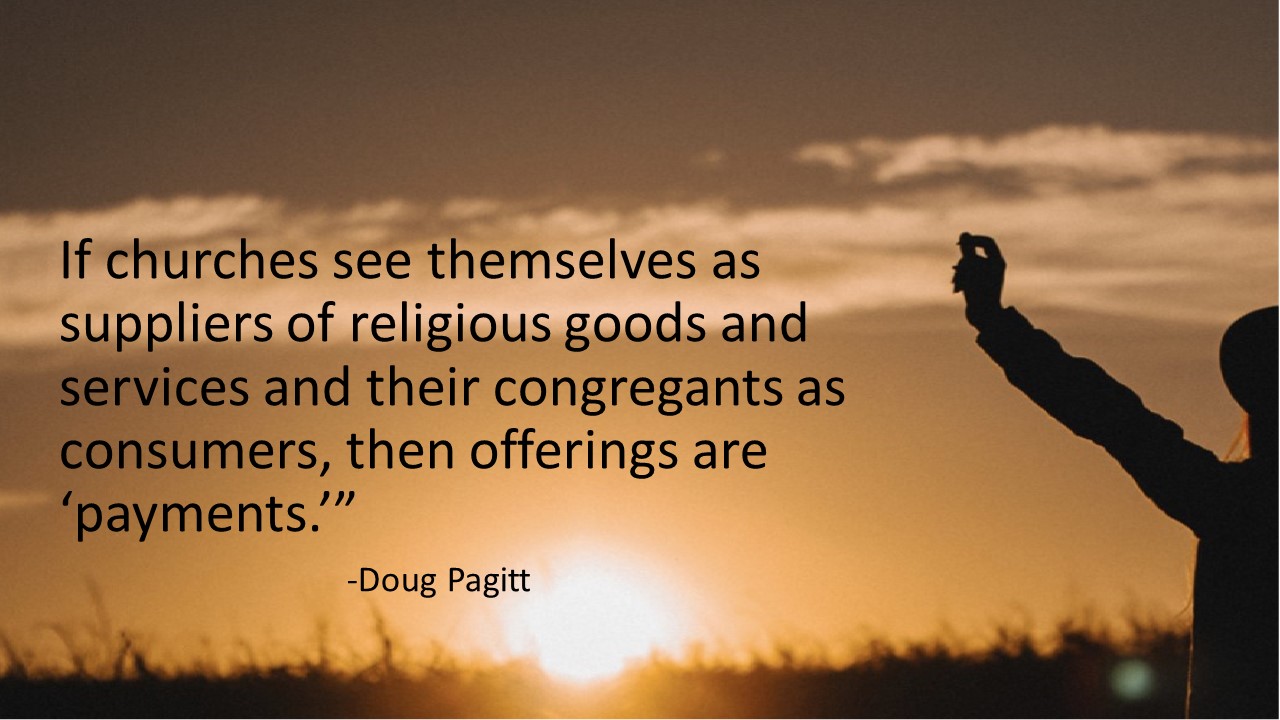 “One of the reasons churches in North America have trouble guiding people about money is that the church’s economy is built on consumerism. If churches see themselves as suppliers of religious goods and services and their congregants as consumers, then offerings are ‘payments.’”[2]

Contrary to what we often think, the church is not to be a supplier of religious goods and services. The church is to be a fellowship that brings people together under the Lordship of Jesus Christ. Our offerings are to be signs of our gratitude for what God has done for us. To get a good idea of what the church should look like, let’s go back to the first century and consider the church in Jerusalem at the very beginning. Luke paints an interesting picture of this community who pinned their hoped and placed their faith in the resurrection of Jesus Christ. It’s a community of people filled with gratitude. I am reading today’s passage from the Message translation and will put the words on the screens. Read Acts 4:32-35: 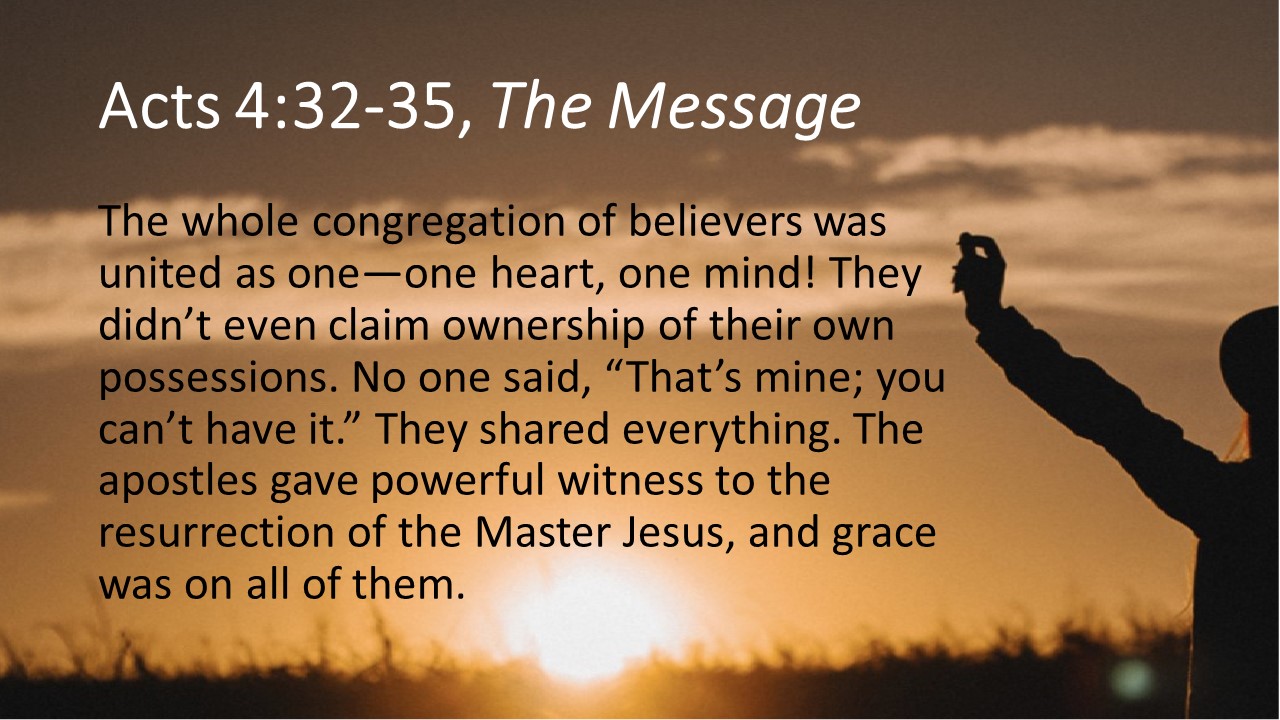 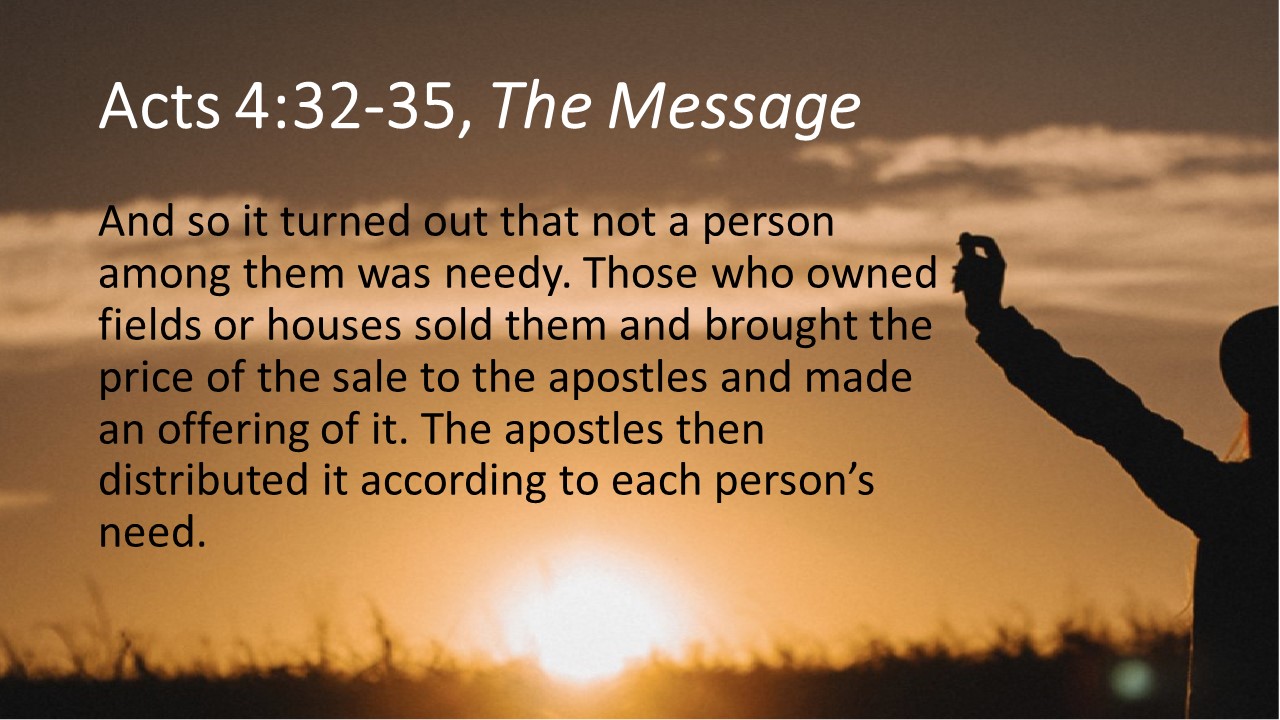 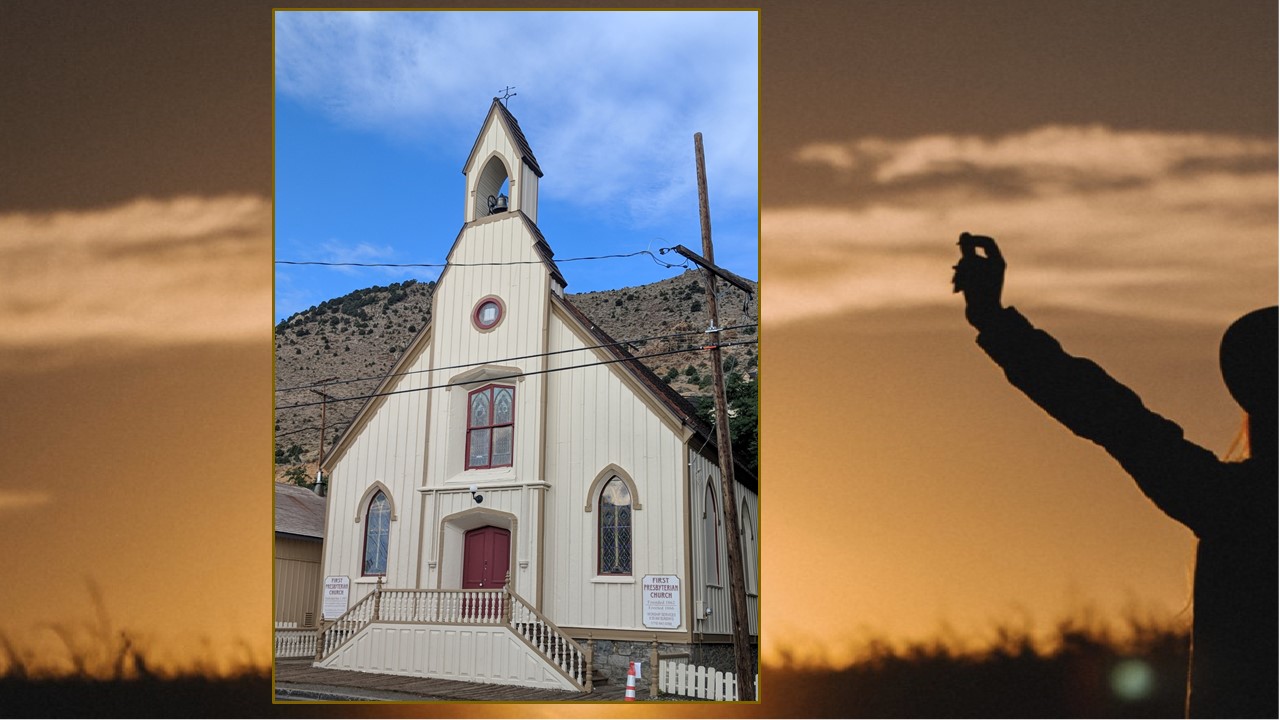 I will always be indebted to the congregation in Virginia City, Nevada, a place where I first experienced ministry on my own as a student pastor for a year. The church on the Comstock, at least in the modern era, has always been small. But there was something about the fellowship of that group that made it an attractive place for all kinds of people. The people in the church worked hard together, keeping the church going, which was quite a task in a wooden building built in 1866. But they also worked hard to help one another. And they tried to help others, sending clothes to an orphanage in Mexico and collecting food for a pantry in Carson City.

Every month, this congregation gathered for a dinner party. People from all walks of life came together to enjoy one another’s company. Its appeal was magnetic for there was plenty of laughter at these gatherings.

One of the more colorful townsfolk was a guy named Bob. He could be best described as a skid-row drunk. He lived in a shack outside of town and mostly stayed mostly to himself. But you’d see him several times a day, winding through town, often going down the alleys where he dug through the trash from the bars. He’d eat leftovers, but what he was really after was the dregs of alcohol that remained in the bottles thrown away. Bob would pour these drops into a gallon jar that he toted around with him. Even with its high concentration of alcohol, this was a nasty cocktail none of us would consider drinking.

One evening we had a dinner at the church. As I was walking down the boardwalk, I came upon Bob. I’d been there a few months by this point, so I knew people would be okay with his presence, so I invited him in. He thanked me but wouldn’t come in. I then offered to fix him a plate of food, which he again turned down. One of the women in the church who was walking up the boardwalk, overheard my conversation. She told me that Bob had been invited many times, but would never come in, but suggested we fix him a plate and sit it on the steps. Bob didn’t want to be fussed over, but he would most likely pick up and eat a plate of food if sat out. And that’s what happened. The first plate fixed that evening was for Bob. We covered it with foil and let it at the top of the steps. When we left that evening, the plate was empty.

Virginia City had never been known as a religious place, but that’s okay because our faith isn’t as much about religion as it is about relationships. Our faith manifest itself by being kind and generous and, as we talk about here at SIPC, reflecting the face of Jesus. There was no need for Bob to be uncomfortable inside the church building. We could still provide him a good meal. As a church, we must be willing to meet people where they are at, and not demand that they conform to our ideas or go where we want them to be. 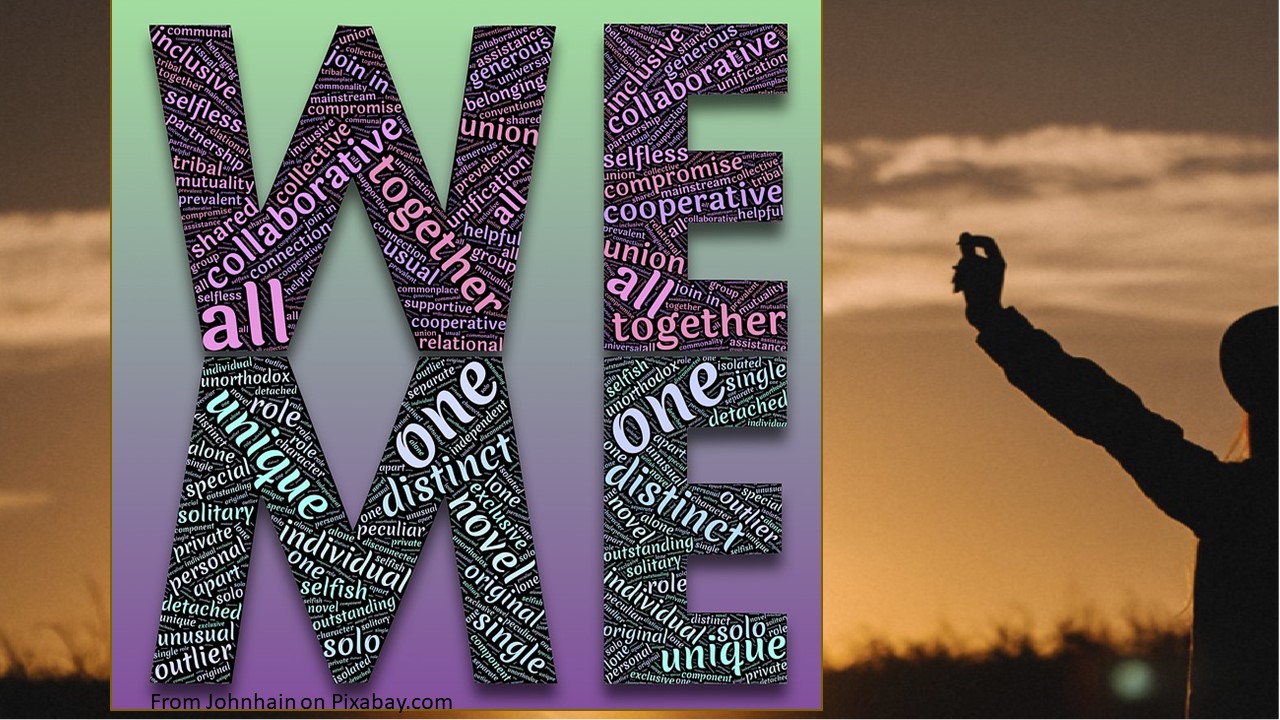 The congregation Luke describes here near the beginning of the book of Acts wasn’t spectacular. It wouldn’t be considered particularly successful according to modern business practices. The fellowship didn’t include the leading folks of Jerusalem. Everyone was poor and marginalized. They didn’t have any glitzy advertising or even a fancy sign out front. After all, they tried to blend in and not stand out because there were those didn’t appreciate their message. But, despite all this, there was something magnetic about this community. They were generous and gracious. They were willing to help each other and to forgive others for the wrongs they’ve done because they’d experienced forgiveness in Jesus Christ. It was this magnetic appeal that drew folks to the church. Why else would someone risk persecutions and isolation by becoming a Christian?

Let’s look at this passage. What they owned wasn’t important. They knew the truth of the Psalmist who proclaimed, “The earth is the Lord’s and all that is in it, the world, and those who live in it.”[3] Instead of holding tight to possessions they knew belonged to God, they willingly shared with one another. They had set their minds on the glorious resurrection of Jesus and knew that was all that mattered. So, they attempted to do what they could to do for others which meant that no one in the fellowship was needy. Because of what God had done for them, they were filled with gratitude and willing to help others. 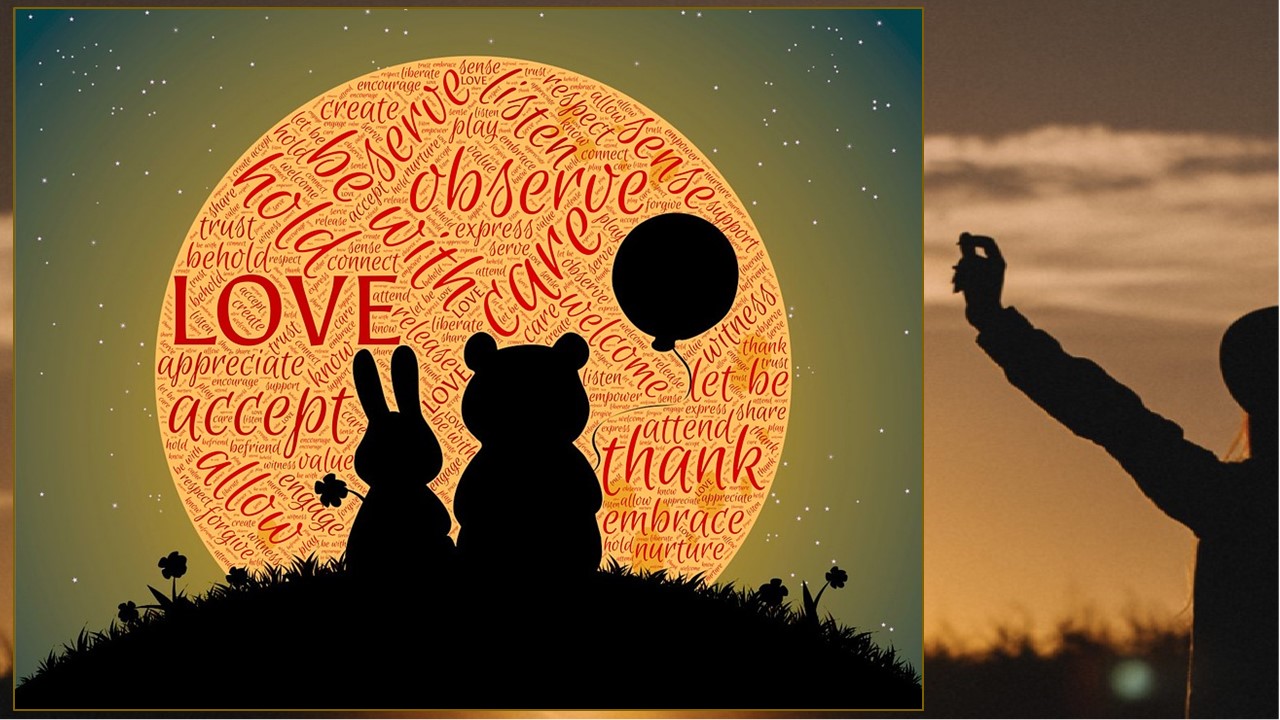 I recently read an article on why we need to make a weekly commitment to attend church. I’ll post this article I my next e-news. It was written by a young widow who describes the church as “the sweetest fellowship this side of heaven.” Her husband died suddenly one night after having been taken to the hospital by an ambulance for shortness of breath. She was left with seven kids. Before leaving the hospital, she called a friend from church. By the time she was home, the friend was there to sit with her. Others came in to grieve, to bring meals, to help clean the house, fix broken appliances and cars, and to minister to and pray for her and her children. The church is not always perfect, she notes. At times, the church can be even cruel. But when we live up to our calling to reflect Jesus’ face to the world, we demonstrate what was described in our passage today. The church can be the sweetest fellowship this side of heaven.[4]

There are two essential traits we need to foster in our lives to help the church grow in this direction: generosity and graciousness. Think about your life and ask yourself, how generous are you? How gracious are you? What can you do to become more generous and gracious? 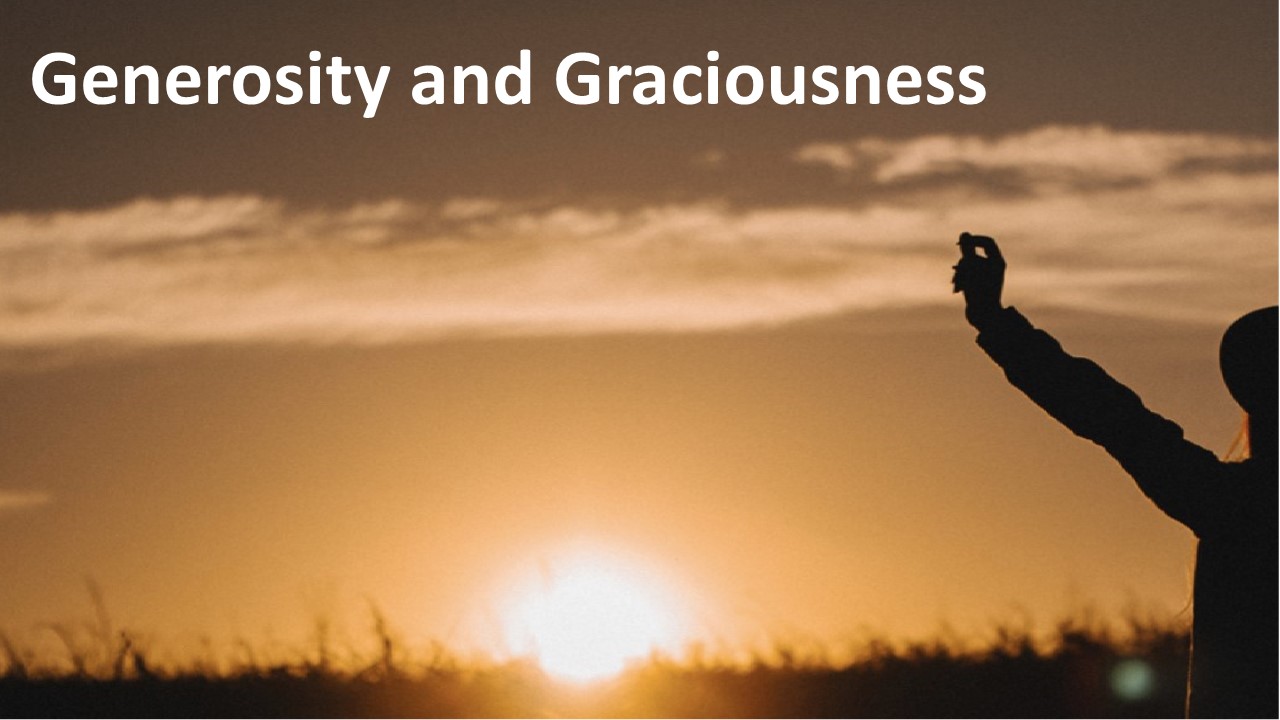 Friends, today we receive our estimate of giving offerings for 2020, which is a sign of one half of that last question—how generous we are. We are encouraged to grow in generosity. As Vic Bell suggested last week, we’re to take a step toward being more generous, as we strive to become the church described in Acts. I pray that you will be generous and continue to take steps in this direction. But just as important as generosity is, don’t forget to be graciousness. On your walk with Christ, show grace to one another, just as God has been gracious with us. Realize what God has done and commit yourselves to do what? Say it after me… To be more being generous and gracious.  Amen.

[2] Doug Pagitt from a lists of stewardship quotes that was in an old file of mine.

8 thoughts on “Looking with Gratitude”