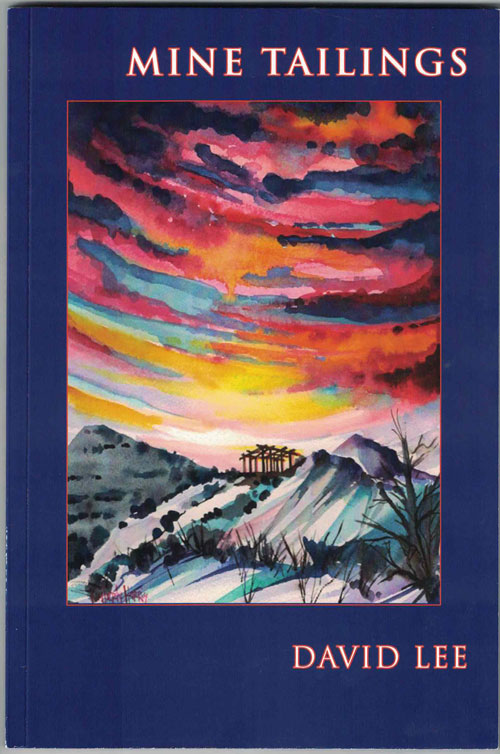 David Lee was formerly the poet laurate of Utah and has been affectionally referred to as “the Pig Poet.” About the time I was leaving Utah, Lee retired as head of the English Department for Southern Utah University. Ever since I left Utah, I have hauled around a large collection of his poetry that came out in 1999, The Legacy of Shadows: Selected Poems. When rereading some of those poems recently, I decided to see if he was still publishing and learned about this volume. It appears that for part of the time, Lee hung out in Silver City, Nevada, a town on the south end of the Comstock Lode (I lived in Virginia City, on the north end of the lode, in 1988-89). Curious, I had the Book Lady Bookstore in Savannah find me a copy of the book for my pandemic reading.

Mine Tailings is divided into three sections: Silver City, the Shaft, and The Ore. In the very first poem of the book, “Silver City Dawn Poem,” Lee touched on many of my favorite memories of the Comstock: pinon fires, the wind, the morning sun, the sage, wild cats and rattlesnakes. As a reader proceeds further into this collection (and especially in the second section, appropriately named “The Shaft”), one comes upon many harsh poems that leaves little doubt as to what Lee thinks about President Trump. Some of the poems, like “On a Political Facebook Posting from a Former Colleague and Friend that Upset Jan,” are discombobulated and fragmented, similar to the President’s tweets. Lee often borrows snippets of Trump’s own words to turn around and challenge him through a poem.  The last section of poems contains many poems that are what I considered typical David Lee poems. These contain narrative and dialogue, tell a story and are often quite humorous. One such poem is “Globe Mallow” which is about a flower that Lee and his wife stopped to photograph while driving through a Native American reservation. When a rubbernecking tourist stops and asks what he’s seeing, the man confuses Globe Mellow with marshmallow. The photographer plays along, creating a tall tale about these plants producing marshmallow fruit in the fall. The man drives off, telling his family what he’s learned. The reader is left to humorously image his disappointment when he drives back into the valley in the fall intent on poaching marshmallows from Indian land.

It was good to read some fresh poems from David Lee. I am still pondering the role of the quail (which you had in the Nevada desert, but at least when I was there not to the extent that they show up in Lee’s poems) in these poems. In a sense, the bird is a thread that flies through the various poems. 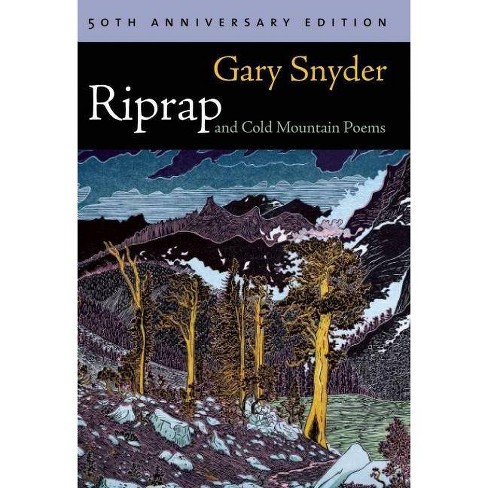 I have often heard of Gary Synder and have read a few individual poems and essays of his, but never a full collection. After reading Michael Cohen’s Granite and Grace, a book about Yosemite, I decided I needed to read more of his poetry. The Riprap poems were mostly written in the mid-1950s, about the time when Cohen first visited Yosemite and a year of so before my birth. Synder, as a young man, worked on trail building crews in the park. The title of these poems is appropriate as one often must riprap the side of the trail with rock to prevent erosion. These poems capture the places Synder worked, along with the people with whom he lived and worked. I enjoyed his descriptions of some familiar landscape. The second half of the book is his translations of a seventh century Japanese poet, Han-shan, writings. These poems were also interesting. 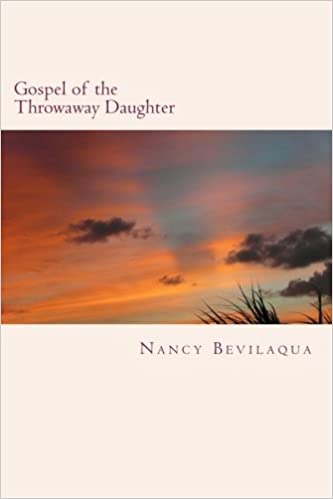 While drawing loosely on stories in the New Testament and other “non-canonical” writings of the first centuries of the Christian era and blending in the setting of the Biblical world, Bevilaqua has written a collection of poetry that area are alive with possibilities. These poems are steeped with a sense of place and often are linked to Mary Magdalene. One can feel the sunrise or the night sky, the parched earth under the midday sun, or the brilliance of stars at night, and the dusty feet from traveling along dirt paths. All these images draw the reader into this world.  I appreciated Bevilaqua’s ability to make the reader feel they are present in the first century even though I found myself (against the author’s advice not to read these poems from a religious perspective) wondering about their theological significance. There are certainly poems in here drawn on events of Jesus’ passion. In some ways, these poems attempt to recreate a piece of a lost world, reminded me Alice Hoffman’s novel, The Dovekeepers. In telling the story of the end of the Jewish rebellion against Rome in the first century, Hoffman draws from the experience of four women at Masada. Bevilaqua even has one poem placed at the Battle of Taricheae, an earlier defeat of the Jewish army in their revolt against Rome. Both authors, a poet and a novelist, create a wonderful sense of place at a particular time in history and should be appreciated. I read this collection on my Kindle.

A sapphire dawn, and silver palms. Venus
near the earth
still charred and yet I smell a coming
storm. He is sleeping
on the roof. I am too much awake.
-the opening lines of “Dawn, Migdal”

9 thoughts on “Three Collections of Poems”